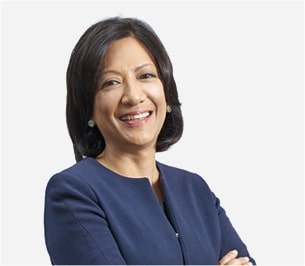 Puan Yasmin pursued a career in banking where she started out as a Credit Analyst and eventually secured a role as Vice President, Corporate and Investment Banking at JP Morgan Chase. She later joined General Electric (GE) Operations Inc as Director, Business Development of GE International Inc, Thailand and Malaysia, and was later promoted to Chief Operating Officer of GE International Inc, Thailand.
She was the Senior Vice President, South East Asia & South Asia for DHL Express overseeing 14 countries with more than 14,000 employees and 160,000 customers until December 2015. Prior to this, she was DHL Singapore’s Country Manager in 2003 and Country Manager in Malaysia in 2001.

Puan Yasmin holds a Master in Business Administration from Aston University, and is currently a member of the Advisory Board of Singapore Management University.

What drives us to achieve more.