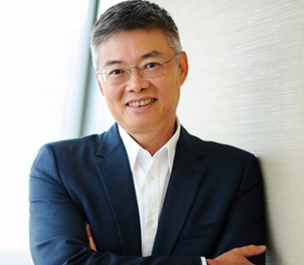 Datuk Iain joined Sarawak Shell Berhad as a Field Engineer in 1990 before moving on to undertake various engineering, business development and corporate roles based in Malaysia, Singapore and Netherlands. His areas of responsibilities included governance of LNG and Chemicals joint ventures in Malaysia, Middle East, China and Russia.

He was appointed as a Board Director of Singapore’s Economic Development Board in 2009 and served till 2012 when he returned to Malaysia as Chairman and Managing Director of Sarawak Shell Berhad and Sabah Shell Petroleum. He was also the Chairman of Shell Refining Company Bhd till the company was sold in 2016. In 2017, Datuk Iain was appointed as Asia Pacific Commercial Vice President for Shell’s E&P and Integrated Gas businesses, with accountability for acquisitions, divestments and new business development. He recently retired as the Country Chairman of Shell Malaysia Limited on 31 March 2021 with extensive experience and roles for over 30 years in Shell businesses both in Malaysia and abroad.

He holds a Bachelor and Masters of Science in Civil Engineering from the University of California, Los Angeles.

What drives us to achieve more.